Westeria is a German company from Westphalia with over 60 years of experience in manufacturing innovative machines for recycling and conveying technology.

Since 1956, our product portfolio has grown strongly to provide our customers with high-quality machines, technical know-how and excellent service. We are constantly developing new innovations for what is perhaps today’s greatest challenge: making the circular economy a valuable and profitable reality everywhere in the world.

The beginning
Hermann Westbrock founded the Westeria Maschinenfabrik in Westbevern in 1956. From there, the company successfully developed into the national market. The invention of an adjustable bend angle for bend conveyor belts or the further development of innovations in the industrial application for storage technology brought the company reputation and trust. It was time to build up a national distribution network. In 1986, Westeria Maschinenfabrik became Westeria Fördertechnik GmbH and Werner Knapheide joined the management. The construction of conveyor systems for the recycling industry increasingly came into focus. 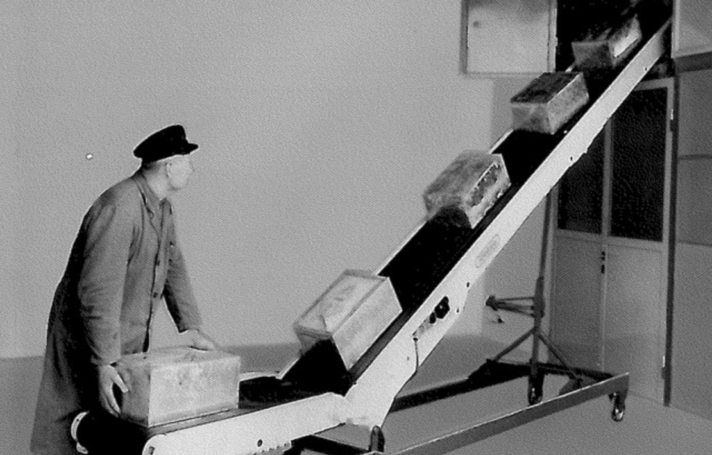 Expansion of the site and product portfolio
Expanding the site and the portfolio
Due to the further development of the company and the related expansion of the product portfolio, the location in Westbevern became too small. In 1988, the new production site in Ostbevern was built. Shortly afterwards, the first windsifter left the new halls. Only two years later, the development of unique moving floors and hopper systems followed. In the next few years, Westeria outgrows itself - in 2008, the production area is expanded again by 2400m². Two years later by another 500m².

The human being and thus all Westeria employees &
staff members are at the center of our actions.

Years of innovation & international growth
In 2012, Westeria developed and patented the DiscSpreader system, which spreads the material flow to a uniform width. The unique distribution system is still one of the most popular products today. One year later, Westeria celebrates 25 years of development of the windsifter and presents it in a new, appealing design with a variety of technical innovations. In the meantime, most of the machines are shipped abroad. It is hard to imagine cement and recycling plants on all continents without Westeria machines. The international distribution network is constantly being expanded. The innovation drive is just taking off and further products such as AirLift and AirBasic are successfully introduced to the market. Further restructuring digitalises the manufacturing and sales processes and another warehouse for finished parts is set up on an area of 2,000m². 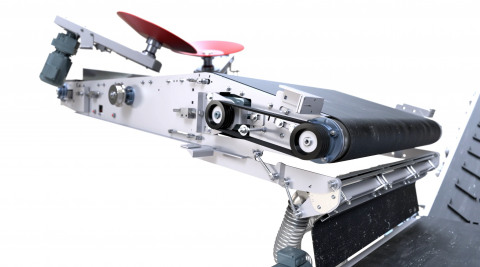 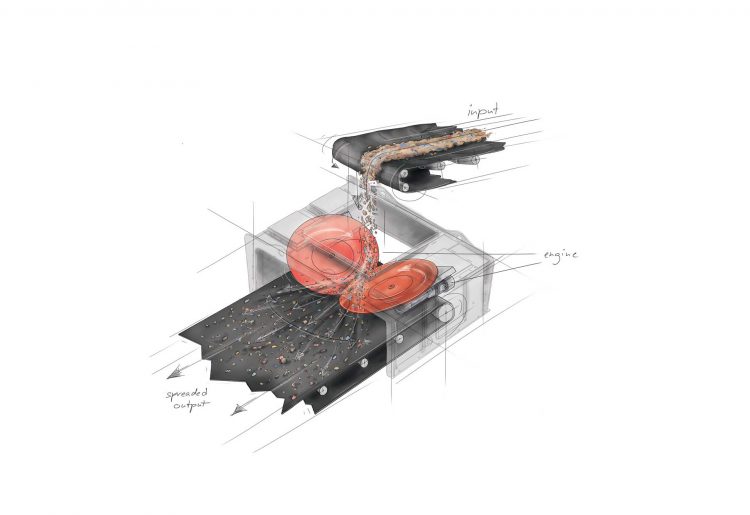 Digitalization in the craft
In 2016, Westeria celebrates its 30th anniversary after being renamed in 1986. As a consequence of the successful export business, the company also internationalises its name. Westeria Fördertechnik GmbH became simply Westeria GmbH. The slogan "Moving Innovation" has graced the logo ever since. The digitalisation and expansion of the international sales and service network progresses. In addition to the expanded product range with the bunker innovation MultiFeeder, the Conveyors were also rethought. With a new sales and distribution concept, Westeria is setting new standards. From over 60 years of experience in conveyor technology, an online configurator was created, which provides an official quotation and 3D drawing within five minutes. Thanks to the modular structure, the shortest delivery times and efficient shipping are possible. Manufacturing processes in the company have also been further digitalised: Laser and edging robots support the partially automated production. Thanks to this head start, Westeria is holding its own in the international, highly competitive market. The restructuring of the company continued and an administration building had to be added. Today, Westeria is a team of almost 140 dedicated employees who combine the traditions of a Westphalian family business with the agility of a digital start-up in their daily work.

The focus is on people.

We use cookies to provide you with a better experience.
We use cookies on our website to give you the most relevant experience by remembering your preferences and repeat visits. By clicking “Accept All”, you consent to the use of ALL the cookies. However, you may visit "Cookie Settings" to provide a controlled consent. Read More
Cookie SettingsAccept All
Manage consent

Necessary Always Enabled
Necessary cookies are absolutely essential for the website to function properly. These cookies ensure basic functionalities and security features of the website, anonymously.
Functional
Functional cookies help to perform certain functionalities like sharing the content of the website on social media platforms, collect feedbacks, and other third-party features.
Performance
Performance cookies are used to understand and analyze the key performance indexes of the website which helps in delivering a better user experience for the visitors.
Analytics
Analytical cookies are used to understand how visitors interact with the website. These cookies help provide information on metrics the number of visitors, bounce rate, traffic source, etc.
Advertisement
Advertisement cookies are used to provide visitors with relevant ads and marketing campaigns. These cookies track visitors across websites and collect information to provide customized ads.
Others
Other uncategorized cookies are those that are being analyzed and have not been classified into a category as yet.
SAVE & ACCEPT
Powered by